Seeing faces and communicating unspoken emotions and thoughts via facial expression has never seemed more significant than now, after nearly two years of a pandemic which has made mask-wearing an essential aspect of everyday life. In these works, a number of which have been created especially for the exhibition, artists convey the myriad nuances of human countenance: the warmth of a friend’s smile; the pursed lips of a toddler; the resolute gaze of a self-portrait…

Featuring works by Milton Avery, Hernan Bas and Alice Neel, with new paintings by Jules de Balincourt, María Berrío, Chantal Joffe, Doron Langberg and Celia Paul, Unmasked coincides with the Carnival of Venice, which boasts a tradition of elaborate mask wearing that dates back to the thirteenth century, when individuals from all social classes and walks of life could mingle with concealed identities.

The exhibition celebrates the physicality of paint and human presence while encompassing subtleties of expression and connection – how a look conveys or betrays emotion and reveals essential aspects of character or psychological states. It confirms that, while our relationship to faces is ever-changing and increasingly mediated, our fascination with them and all they tell us about ourselves and our own experience is hard-wired and primal. 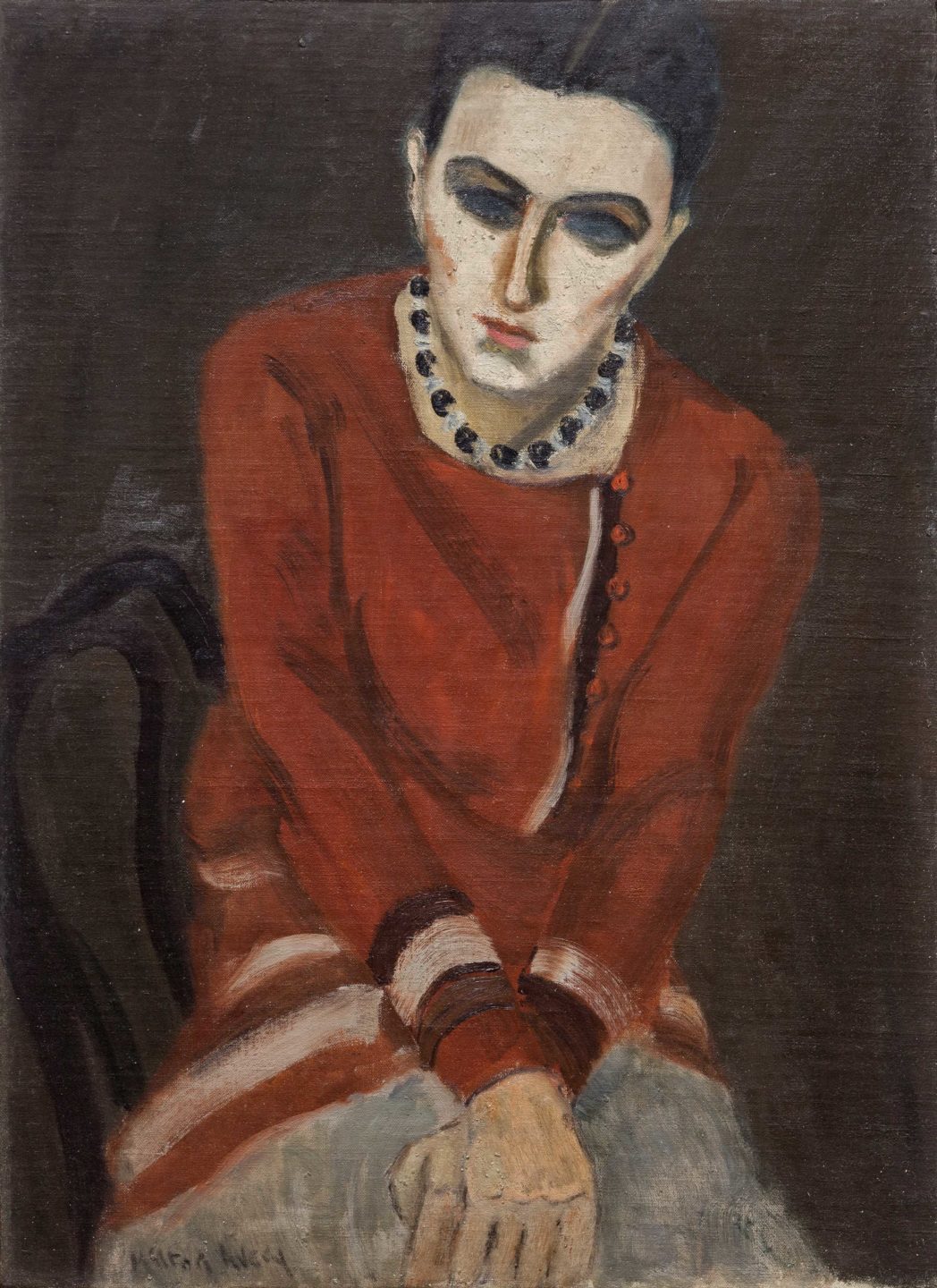 One of the most influential artists of the twentieth century, Milton Avery (1885–1965) is celebrated for his luminous paintings of landscapes, figures and still lifes, which balance distillation of form with free, vigorous brushwork and lyrical colour. Girl in Red Sweater, 1929, is an early portrait of his wife, Sally Michel Avery. Avery’s devotion to his wife is evident in paintings throughout his career. Paintings of Sally from the late 1920s and early 1930s detail Avery’s evolution away from traditional portraiture towards compositions in which the figure is treated in terms of colour and shape alone. 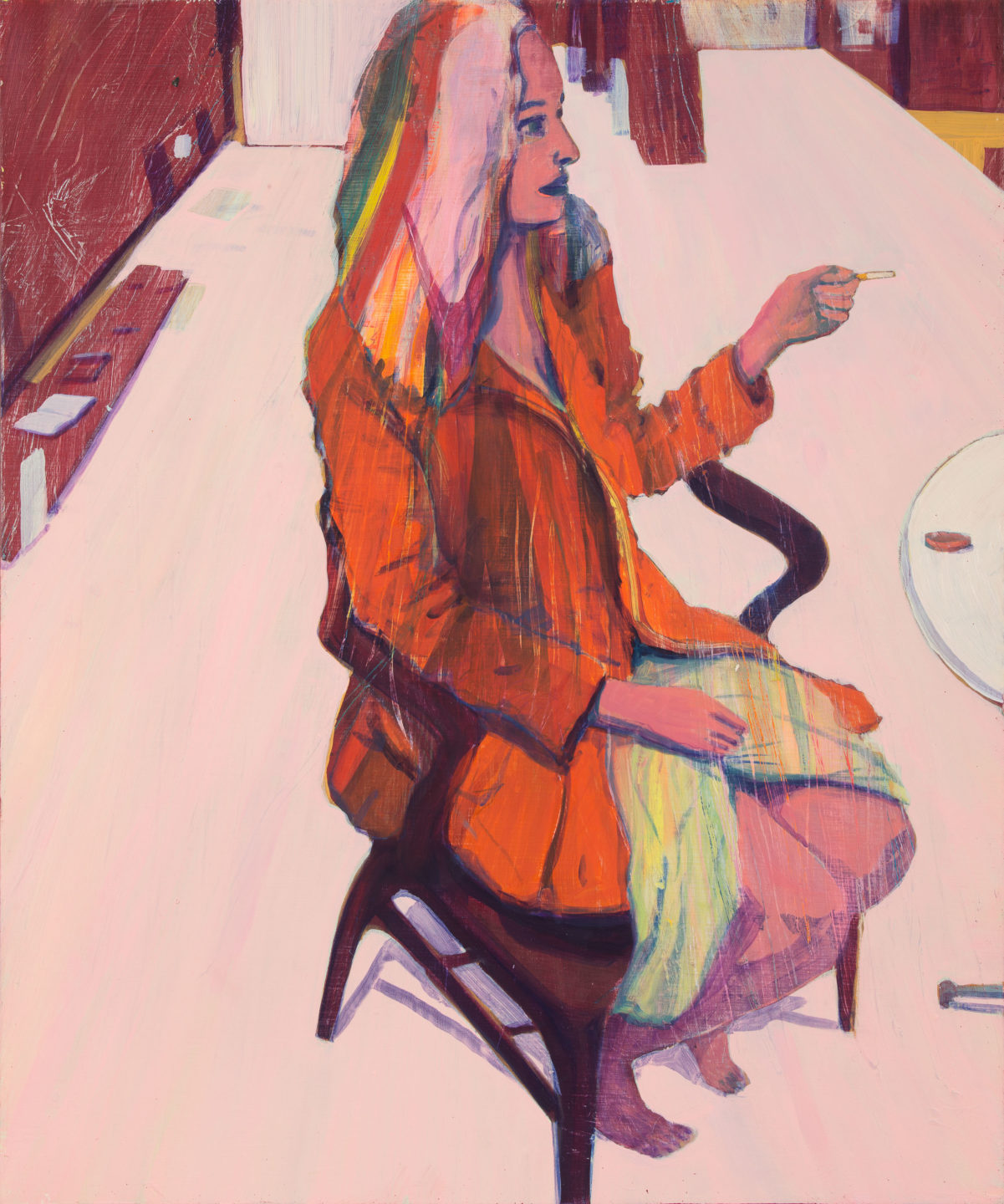 Jules de Balincourt’s radiant paintings are created via an intuitive approach to image-making, where the world we inhabit is filtered through the artist’s own psychological landscape and where references to our surrounding cultural, political and ecological reality are never less than equalled by free association and painterly invention. The relationship between individuals and their environments is an enduring theme in de Balincourt’s art. The painting on view is drawn from a new body of work and depicts a close friend of the artist. 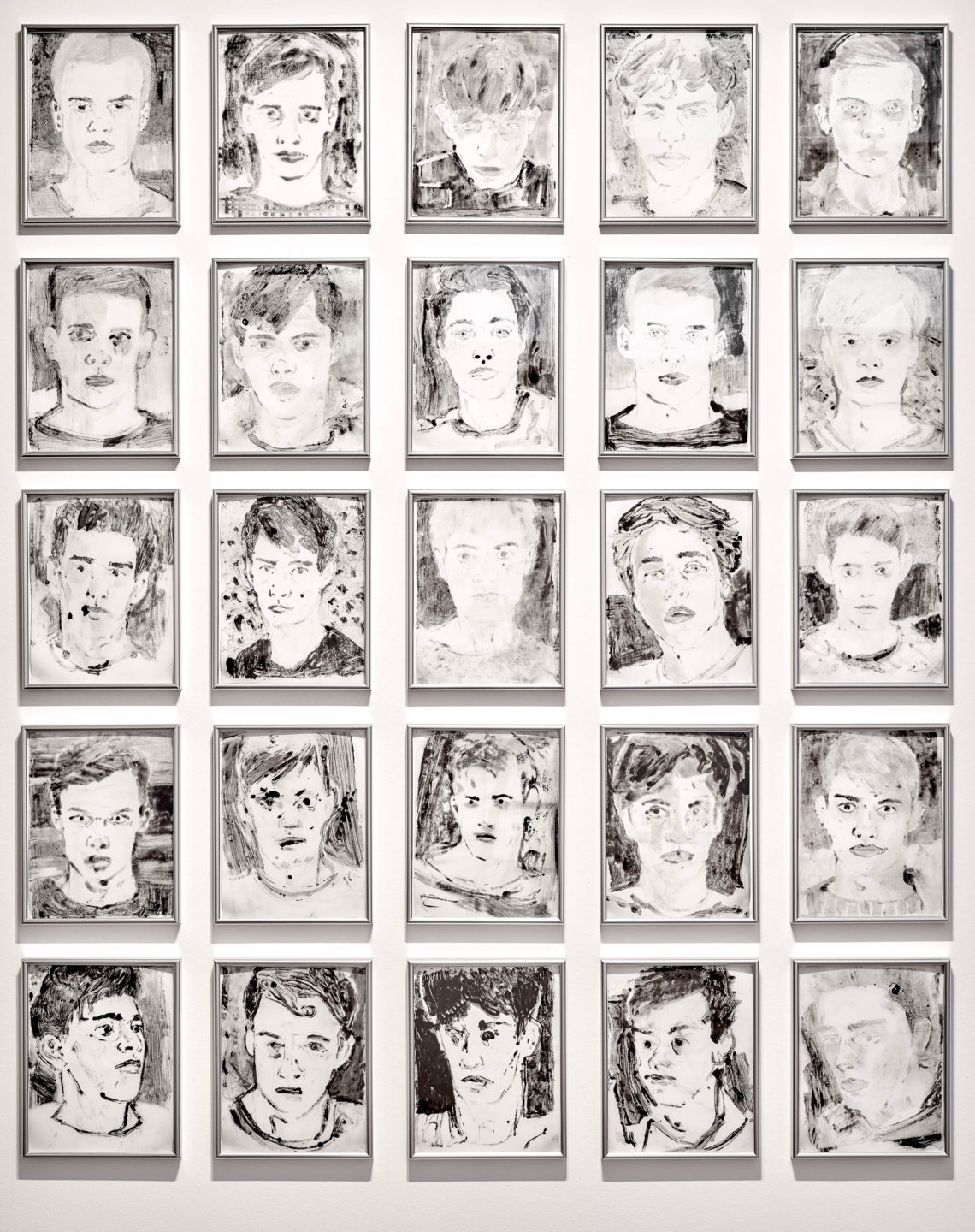 Hernan Bas is celebrated for works that, permeated by an aura of eroticism and decadence, and loaded with codes and double-meanings, point to the intricacies of self-identity, while celebrating moments of transformation – the ordinary becoming extraordinary. Supercuts (ghosts), 2019, is titled after a popular chain of hair salons in the US. Referring to the work, the artist comments ‘When I was assembling the portraits into a grid, I was immediately reminded of the photos framed on the wall of Supercuts – those standard model headshots from which you select the look you want from your stylist.’ 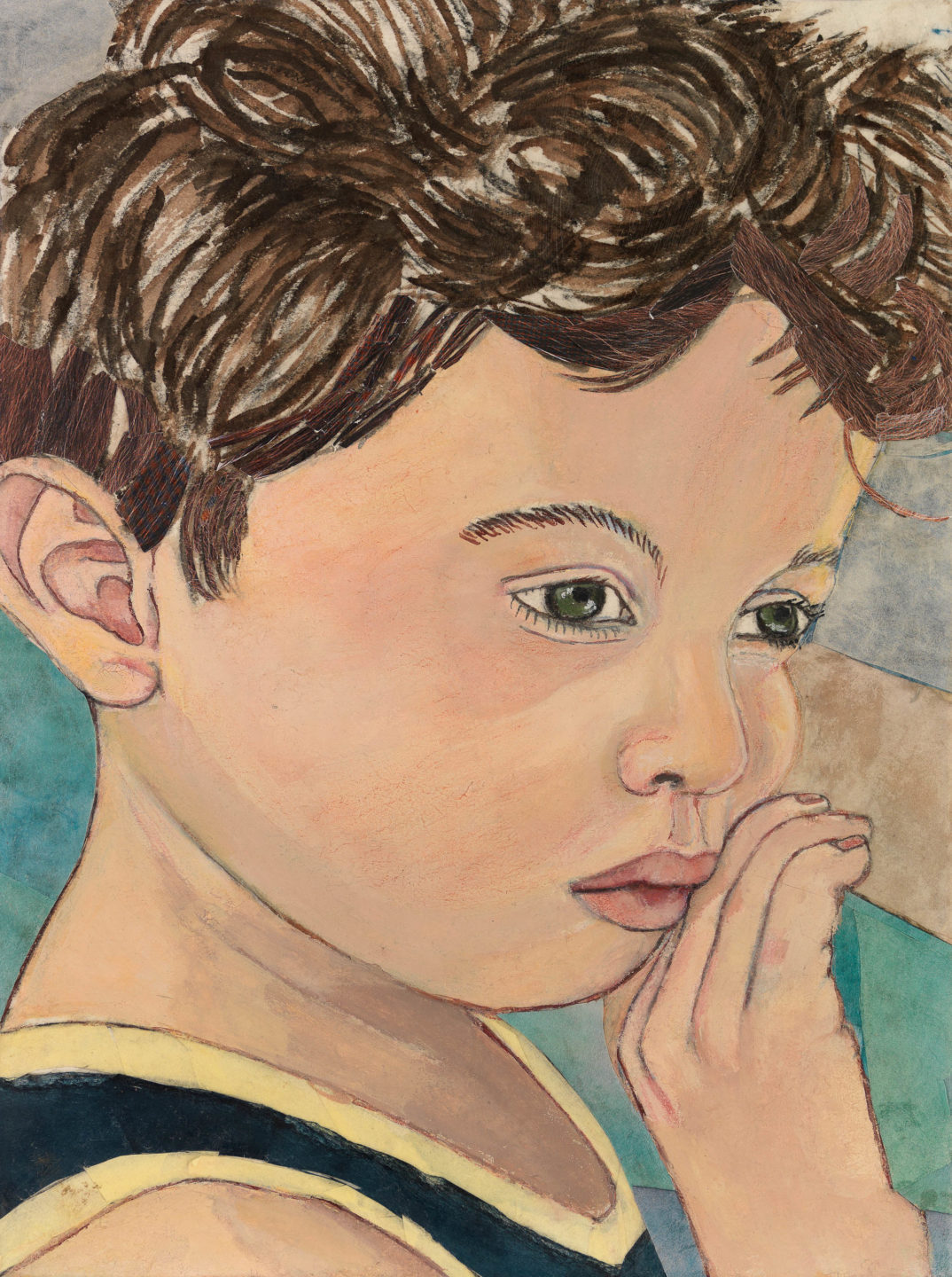 Based in Brooklyn, María Berrío was born and grew up in Colombia. Her works, which are meticulously crafted from layers of Japanese paper, reflect on cross-cultural connections and global migration seen through the prism of her own history. Often, as in this painting depicting the artist’s son, the focus and characters in her works are children and their perceptions as seen through fantasy and magical realism. Writing about the subject of childhood and painting from a mother‘s perspective, the artist comments, ‘Raising a child is a joy, but it is a joy with an undercurrent of sorrow, a joy tinged with the melancholic awareness of its brevity.’ 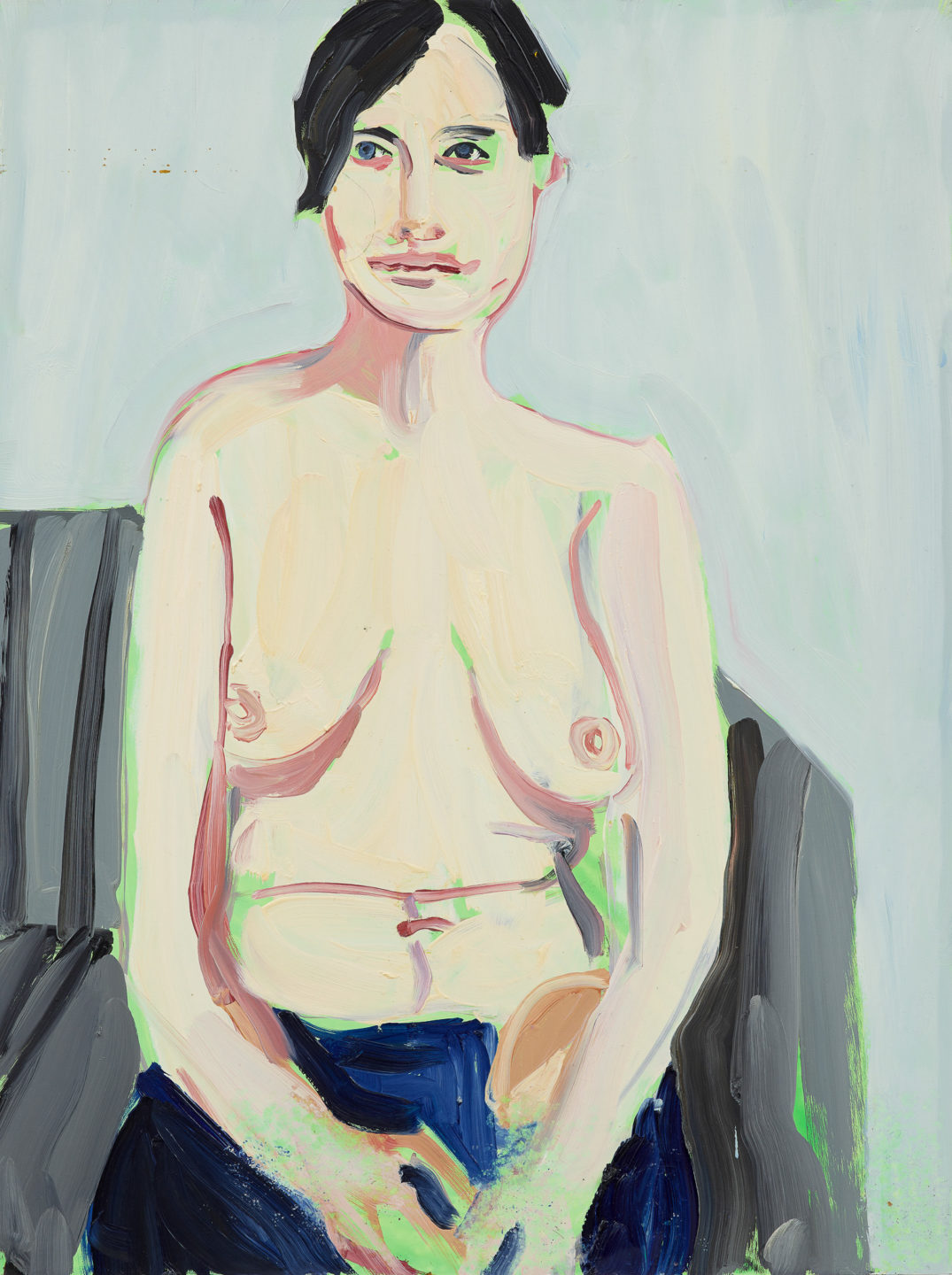 Chantal Joffe brings a combination of insight and integrity, as well as psychological and emotional force, to the genre of figurative art. Defined by its clarity, honesty and empathetic warmth her work, as seen in this recent painting of the writer and critic Hettie Judah, is attuned to our awareness as both observers and observed beings, apparently simple yet always questioning, complex and emotionally rich. 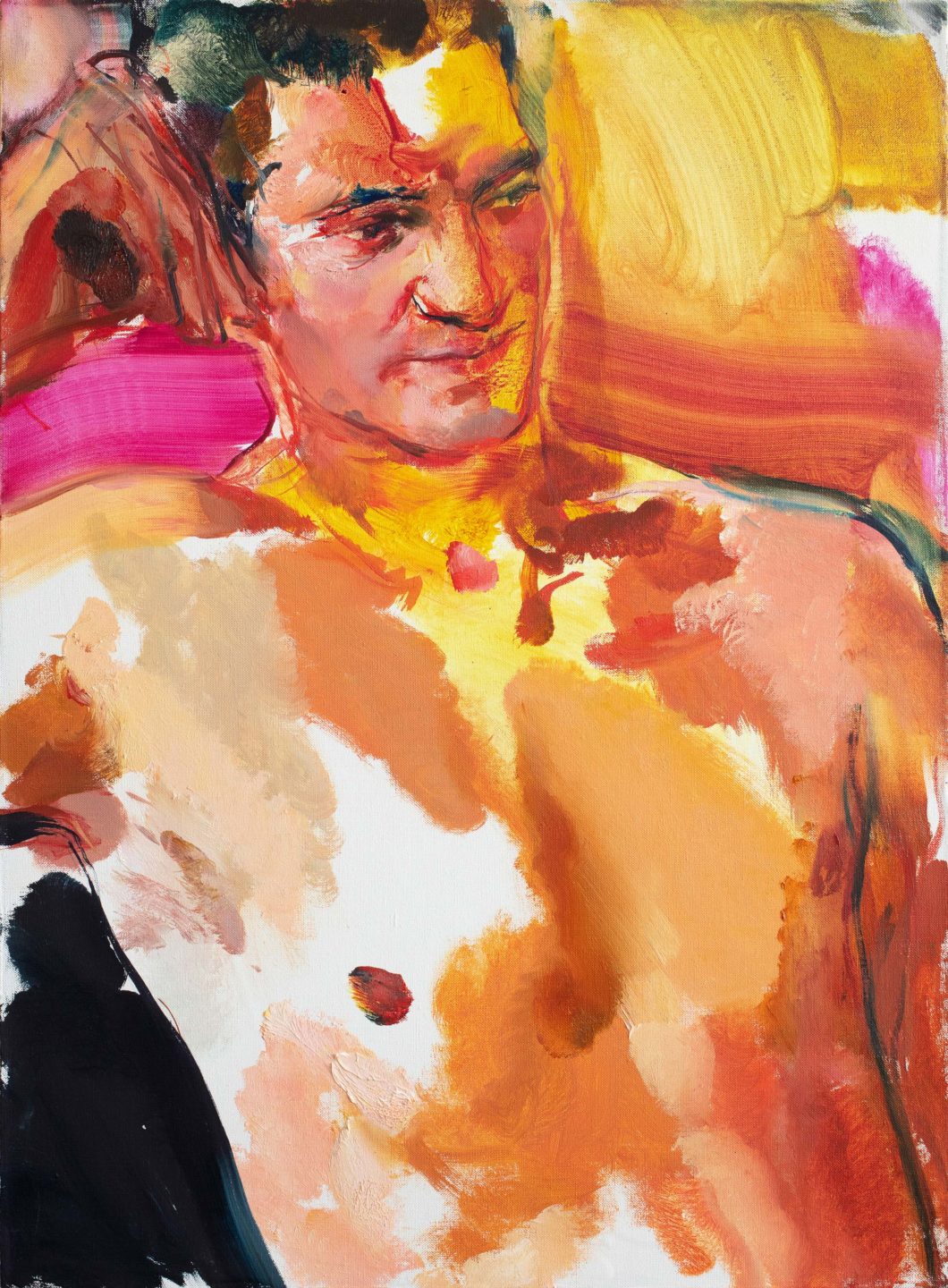 Doron Langberg’s paintings, luminous in colour and often large in scale, celebrate the physicality of touch – in subject matter and process.  Depicting himself, his family, friends and lovers, the broad scope of subjects and experiences in his work is connected by Langberg’s deeply felt use of paint. His intimate yet expansive take on relationships, sexuality, nature, family and the self proposes how painting can both portray and create queer subjectivity. In this work, Langberg has painted his friend Nicholas from observation, capturing a cheerful sensibility echoed by the loose brushwork. 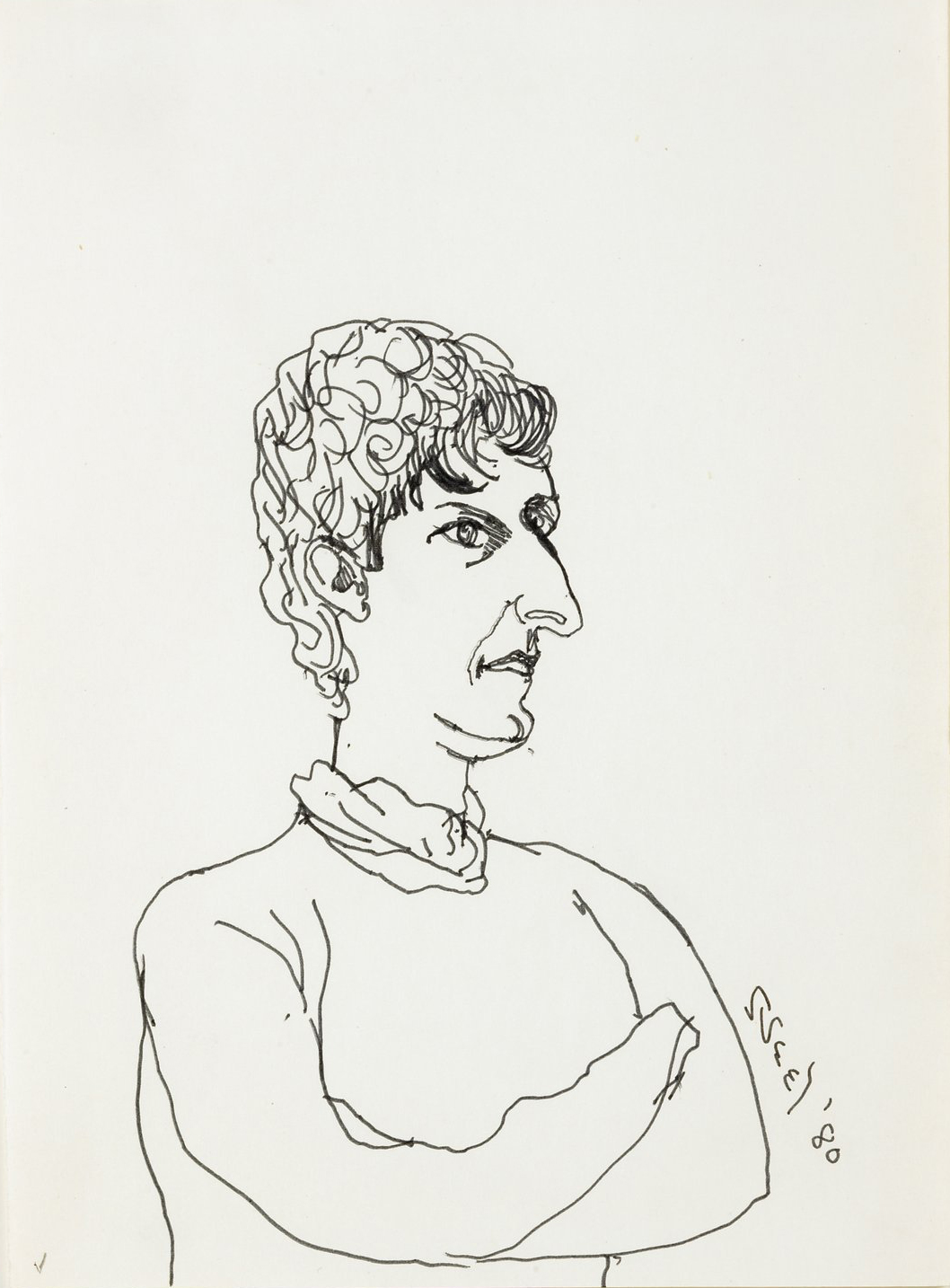 Renowned for her paintings of friends, family, acquaintances, fellow artists and critics, Alice Neel (1900–1984) was among the most important American artists of her time.This work depicts the New York-based filmmaker and pioneer of early video art Michel Auder (born in France in 1945), who became a friend of Alice Neel’s in the mid-1970s when the artist was living on the Upper West Side. Speaking about their meeting to Art in America in 2011, Auder recalls, ‘I met her when she was 75 years old, just socially. She was sitting in a chair at a party, and going “Oh, you have such a long nose! Look at it, it’s amazing! And that chin, like a Roman emperor!” She would do that to everyone…’ 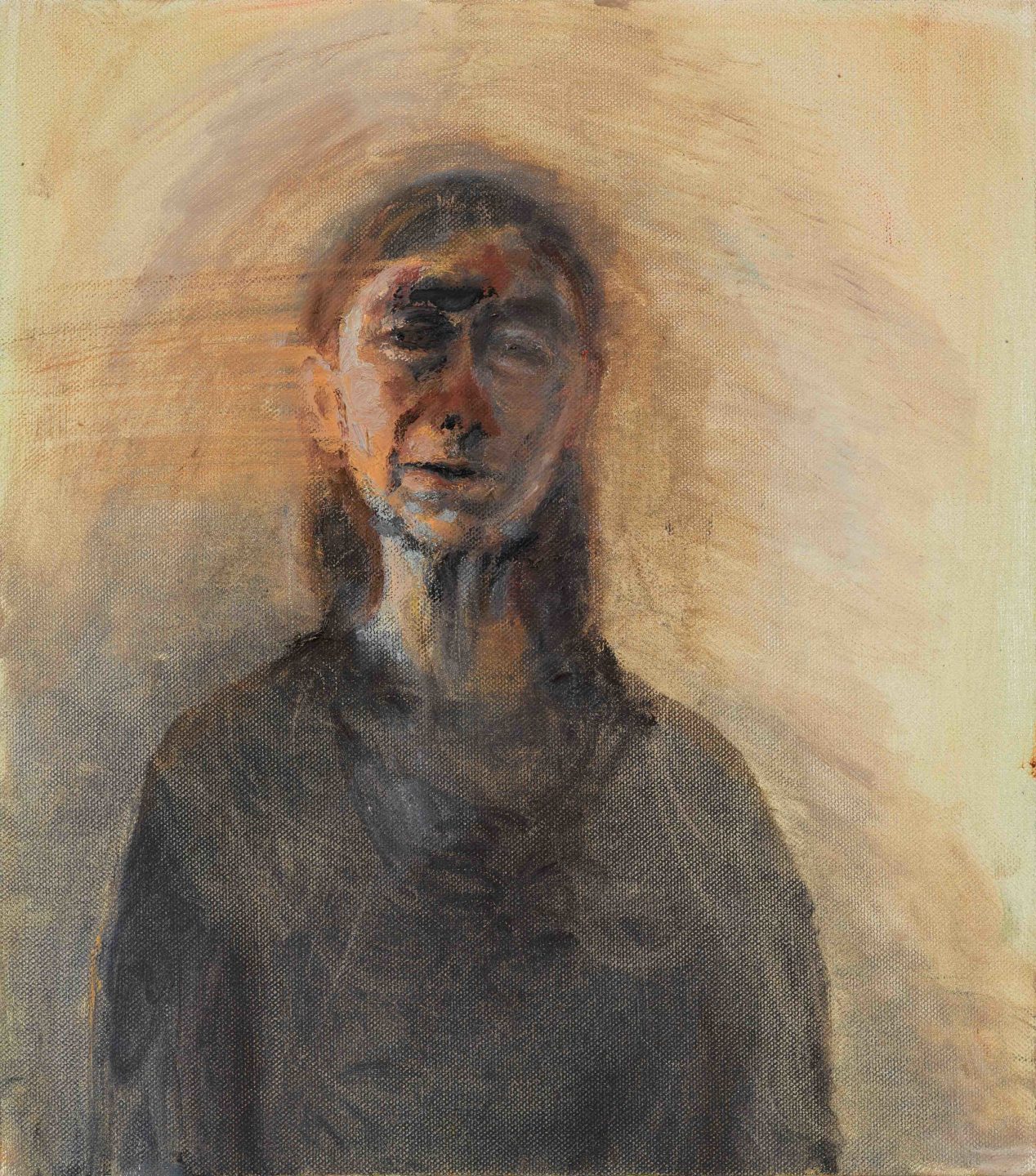 Celia Paul’s art is founded on deep connections – familial, creative, looping back and forth across time – and is quiet, contemplative and ultimately moving in its profound attention to detail and deeply-felt spirituality. A cornerstone of her work, Paul’s self-portraits open up a painterly and conceptual dialogue between the dual role of subject and artist – caught between self-possession and self-scrutiny – as well as offering an extended consideration on the passage of time and of the essential dualities of the medium – its ability to capture qualities of form, light and atmosphere, and its material presence. 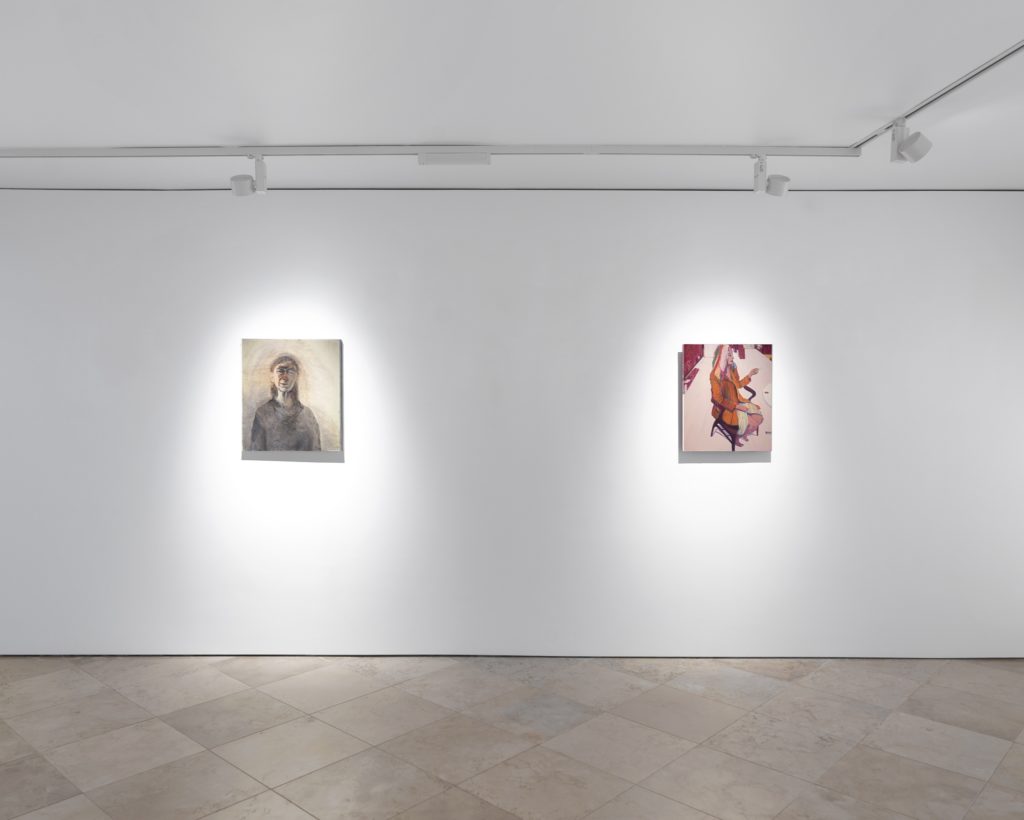 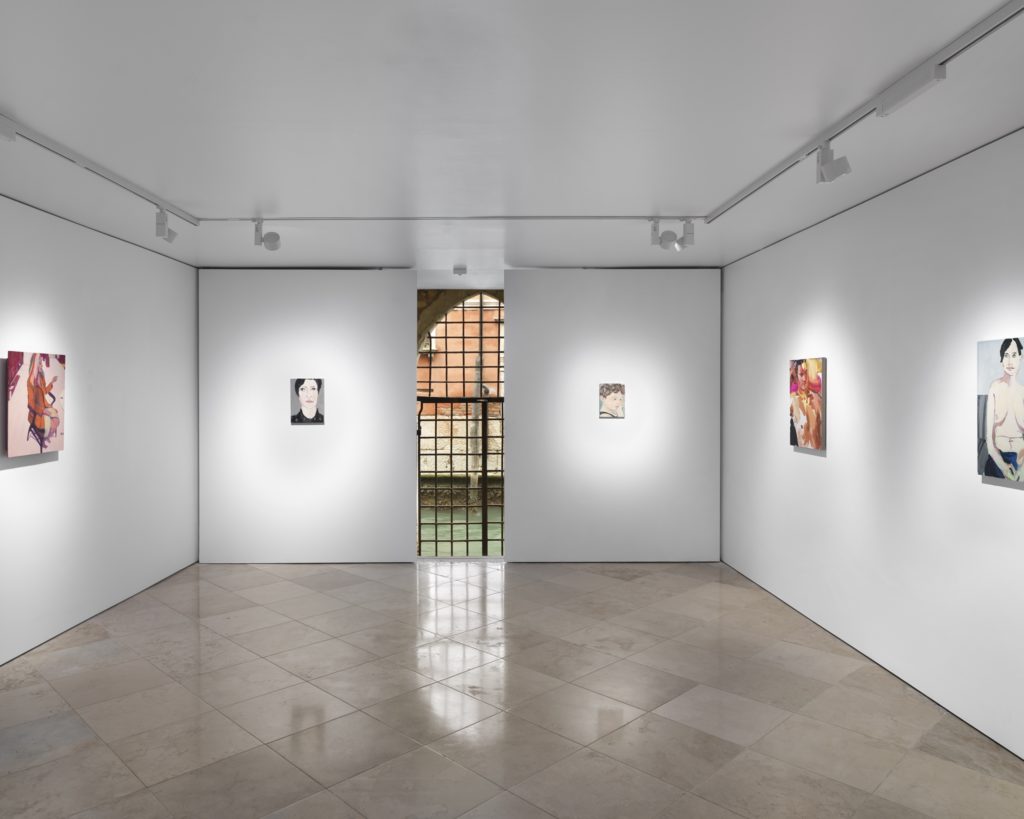 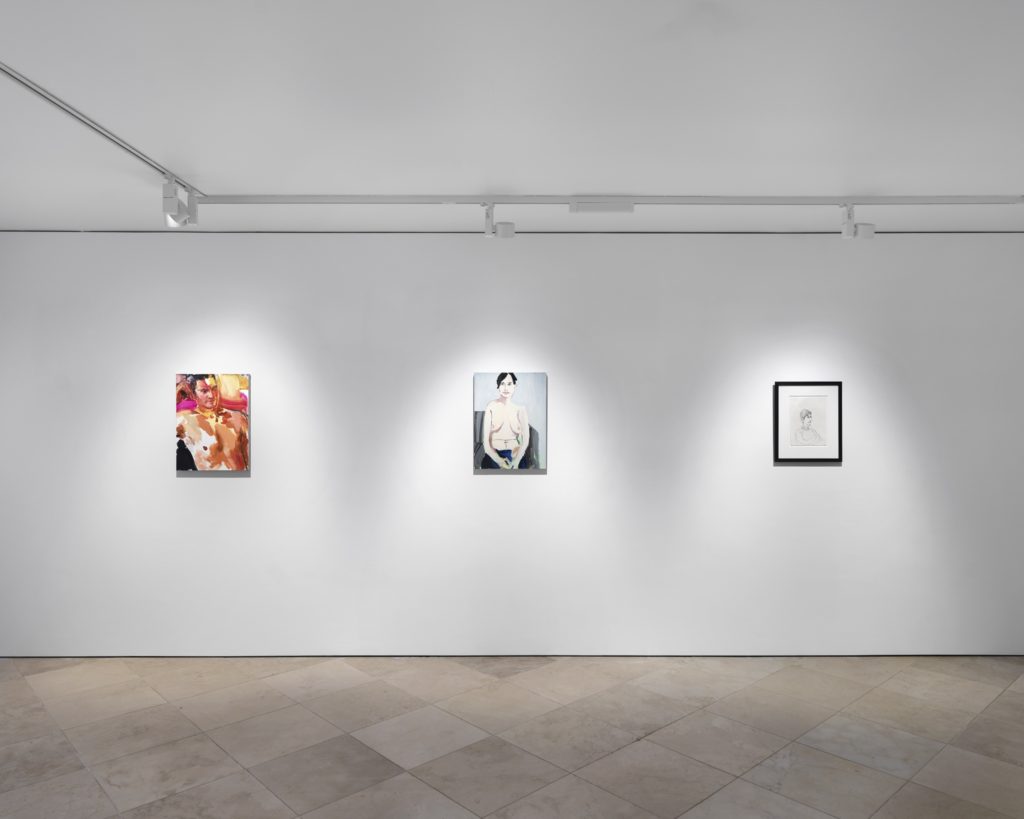 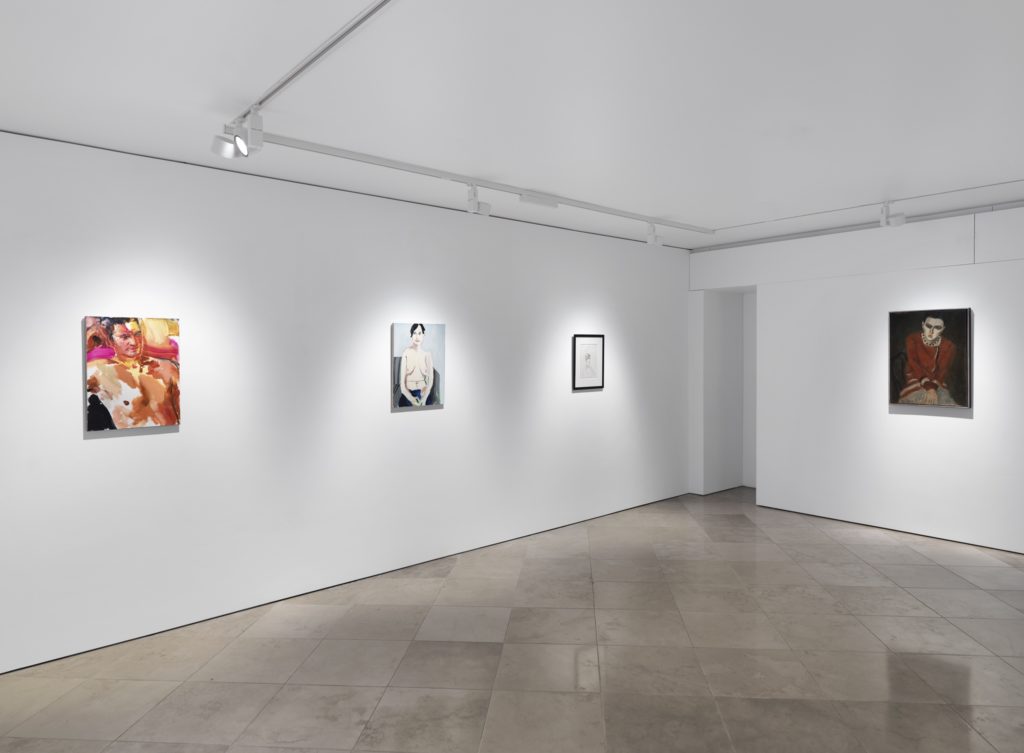 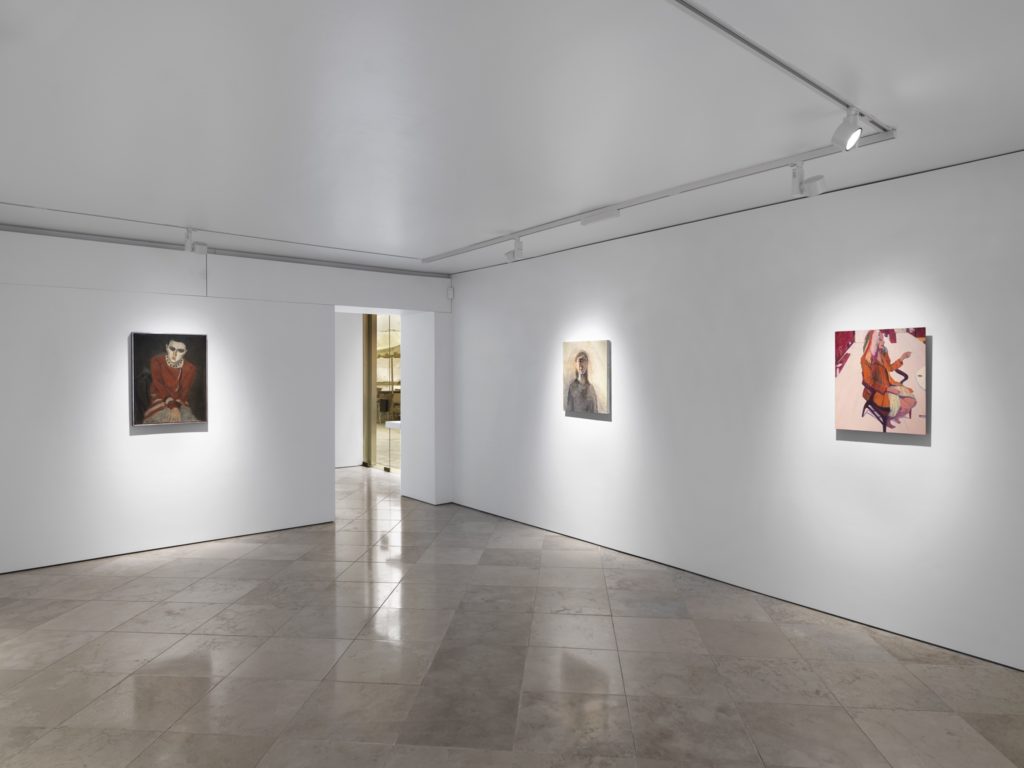 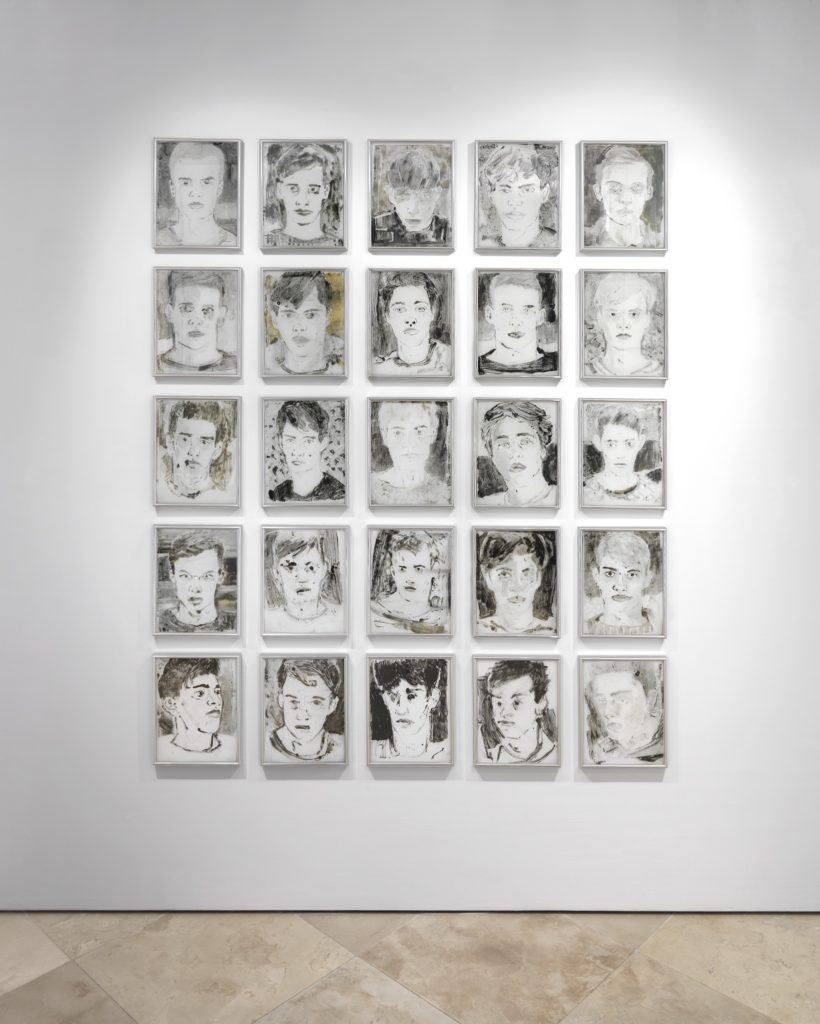