Victoria Miro is delighted to premiere a major bronze triptych by Conrad Shawcross.

Conrad Shawcross creates sculptures and installations that, imbued with an appearance of scientific rationality, explore subjects that lie on the borders of geometry and philosophy, physics and metaphysics. Inspired by different technologies, the artist’s structures may retain in appearance the authority of machines – yet, they remain enigmatic, filled with paradox and wonder.

The first triptych in the artist’s Fracture series, Fracture Array (T14C27) is specially created for this presentation. Borne out of his celebrated Paradigms, which are an ongoing exploration of the tetrahedron – geometrically a four-sided non-tessellating form and conceptually the symbol of an indivisible unit of matter – Shawcross’ Fractures are ethereal forms that seem almost to disappear as they rise up and expand. Imbued with references to the manmade and natural worlds, each Fracture contains a central helical stem, a twisting spine that supports a series of branches which in turn support hundreds of fragments that dissipate in precise formation.

A distinct temporal aspect is amplified when seen across the three-fold dramatic structure of the triptych, a form that signalling progression echoes the rhythms and cycles of nature. As the artist comments, ‘My work is very much about light and movement. These Fractures, this triptych – an array of growth projections which ascend upwards, one growing slowly, another more rapidly and a third extremely quickly – are all about change and entropy, about growth, expansion, time and decay.’ 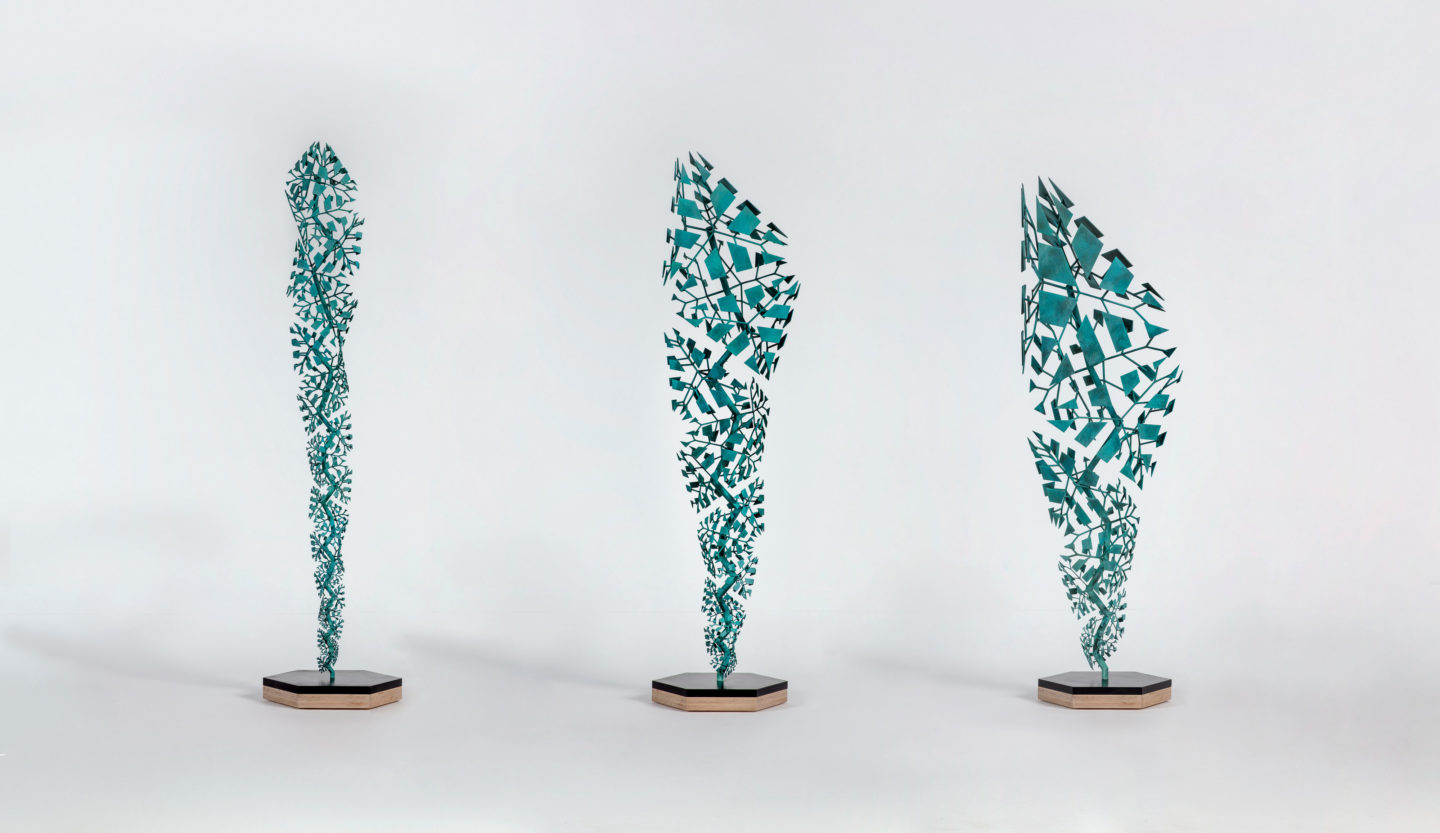 ‘These particular works, because of their green colour, their patina, have the most natural reference to foliage and leaves.’— Conrad Shawcross

For Shawcross, an aesthetic of the designed, the scientific and the rational serves as a device to cloak more poetic, philosophical and metaphysical themes, which are foregrounded in his Fractures. As he says, ‘These Fractures have many references. They are, on one level, very industrial and geometric. On another level, I’ve taken references from the pattern on a giraffe’s neck, to the dappled light of the sun through a woodland canopy, to the bifurcation of trees and the way that branches grow, emanate and spread… These particular works, because of their green colour, their patina, have obviously the most natural reference to foliage and to leaves. I hope on the one hand that they feel very industrial, refined and minimal and on the other that they have this resonance that sends your brain back to something that’s familiar, something that’s natural, something that is profound and beautiful and ubiquitous.’ Conrad Shawcross, RA, was born in 1977 in London, where he currently lives and works. Major exhibitions and commissions for 2020 include Escalations, a recent solo exhibition held at  Chateau La Coste, Provence, France, where the artist’s monumental new permanent commission Schism (Château La Coste) is on view; Pioneering Places, a major public art work for Ramsgate Royal Harbour, UK; and an exhibition to mark the 800th anniversary of Salisbury Cathedral, Wiltshire, UK. 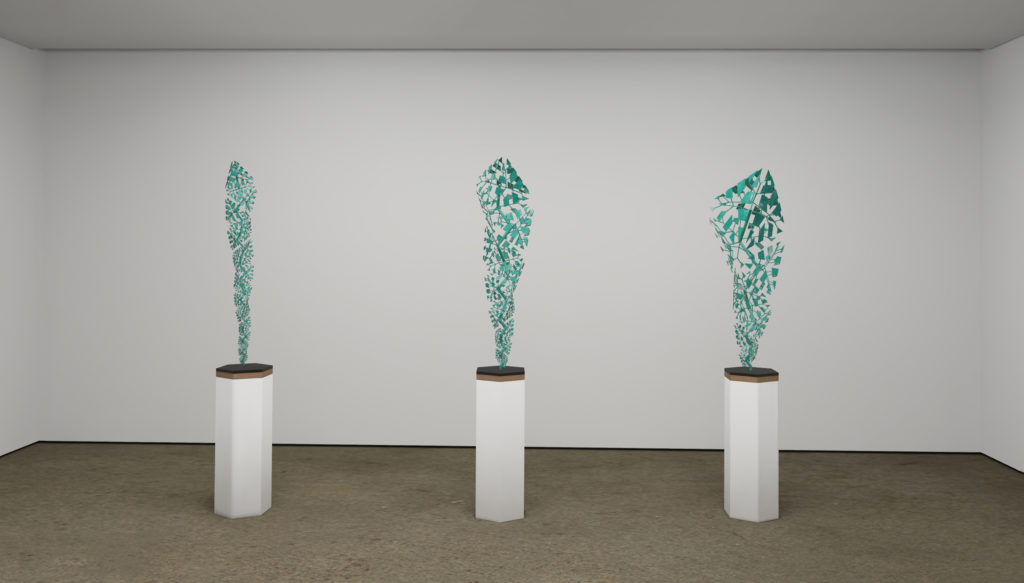 About London Collective on Vortic Collect

London Collective is a section on the Vortic Collect app bringing together 40 of the UK’s best commercial galleries to present exhibitions on the new extended reality app for the art world.

London Collective consists of 42 art dealers and gallerists who came together in recognition that this is a defining moment of change in how art is accessed. In the London Collective section of the Vortic Collect app, galleries show specially curated presentations, providing them with an additional virtual space to complement their physical gallery programmes.

The initiative enables galleries to support one another by sharing their audiences and enables visitors to simulate the experience of visiting multiple London gallery locations.